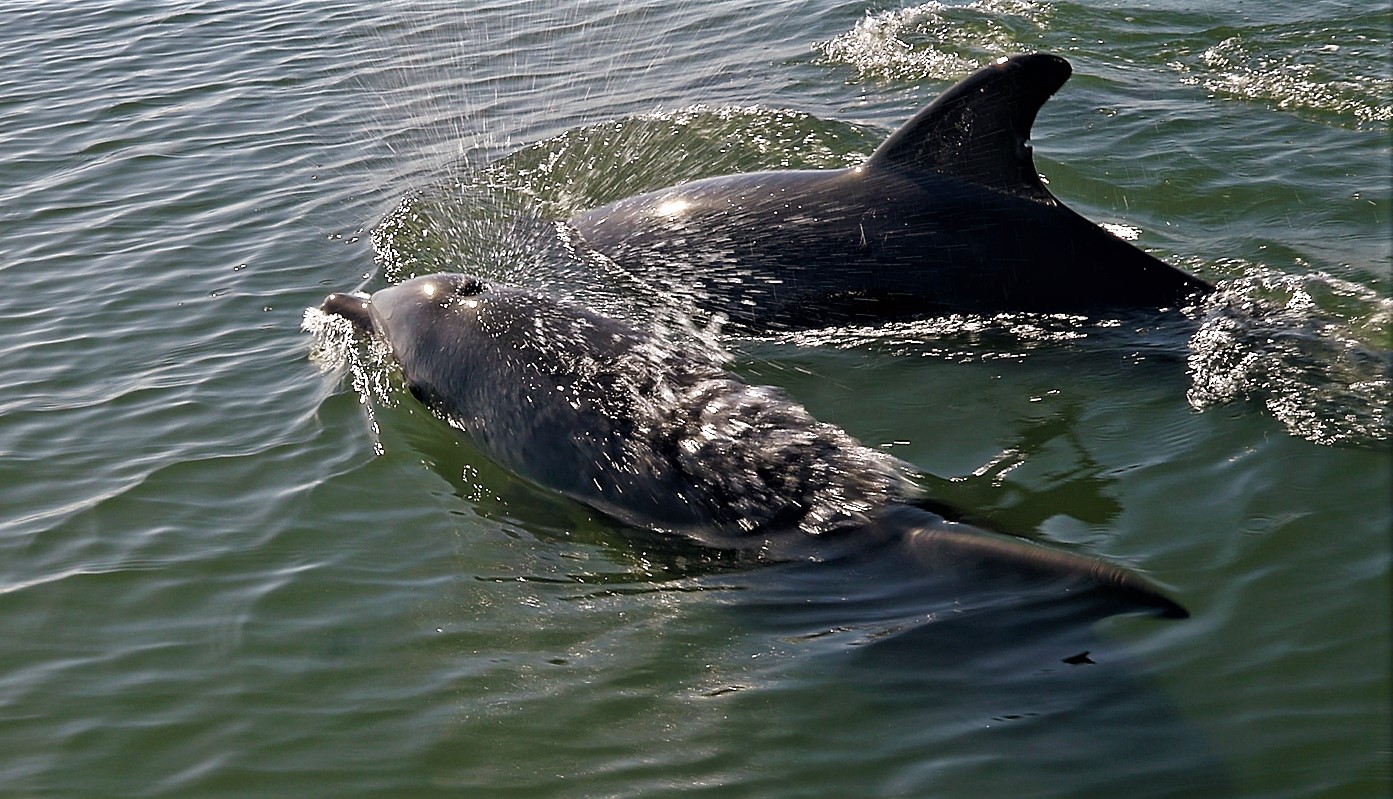 What Does a Declining Natural World Mean for our Well-Being in Africa?

For decision-makers, a major barrier to tackling the challenge of biodiversity loss on the African continent is the lack of access to global data on biodiversity loss and its impact on people. Evidence-based information is required to support national and international policy, and to help countries and regions reach sustainable development goals (SDGs) while preserving important ecosystems.

To address this knowledge gap Dr Hayley Clements, an interdisciplinary conservation researcher at Stellenbosch University’s Centre for Complex Systems in transition, and recipient of the Jennifer Ward Oppenheimer Grant (JWO), is leading a project entitled ‘Quantifying the Biodiversity Planetary Boundary for Africa’. Africa boasts a wealth of biodiversity, with unique and varied ecosystems that include biodiversity hotspots such as the Guinean forests of West Africa, the Cape Floristic Region and Succulent Karoo of South Africa, the coastal forests of eastern Africa, and Afromontane regions across the continent.

“These natural resources provide a range of essential products and services on which we depend. These ‘ecosystem services’ include clean air and water, prevention of floods, pollination of plants, pest and disease control and prevention of soil erosion. At a more fundamental level ecosystems provide livelihoods, food, shelter and overall well-being for the continent’s growing population. In short, everything we need to sustain and improve our lives depends on the natural environment,” explains Clements.

However Africa also has the one of the highest GDP growth rates of any region, with increasing urbanisation and agricultural expansion taking a heavy toll on natural systems. Exploitation, habitat destruction, pollution, deforestation, and effects of climate change are just some of the factors driving high rates of biodiversity loss on the continent, at a pace more rapid than ever before in human history. Says Clements, “A continuous decline in species along with a loss of habitat negatively affects the potential for biodiversity to sustain itself and human well-being. So the question is, how does Africa support socioeconomic growth yet still conserve the natural resources on which it depends?”

To ensure this information is relevant to the issues at hand, decision-makers and biodiversity professionals need to engage and work with one another openly and constructively. This information needs to be readily available, not just to experts in the field, but to the general public, to raise awareness on how biodiversity loss influences our human existence and what steps can be taken to secure a more just and sustainable future. The initiative has the ambitious goal of finding ways to measure the state of Africa’s biodiversity at a local level in response to human activities. This will be done using a measure called the ‘Biodiversity Intactness Index’ or BII. It will also explore the links between biodiversity loss and human well-being – to make compelling cases for appropriate land use decision-making.

Clements’ project is funded by the Jennifer Ward Oppenheimer Research Grant, which is awarded annually by Oppenheimer Generations to support an African-led research programme that has the potential to contribute significantly to the advancement of environmental and allied sciences ‒ specifically to identify and address real-world issues that affect Africa.“With this scientific evidence, as well as a heightened awareness of biodiversity loss, effective strategies and efforts can be put in place to move forward on a sustainable development agenda not only in Africa but globally ‒ for the benefit of humankind,” explains Clements.

Progress made on the project will be presented at the 11th Oppenheimer Research Conference in Midrand, Gauteng on 6-8 October 2020, which brings together select individuals and organisations that are involved in the fields of natural and environmental science. Through a programme of presentations, discussions, networking and collaboration, the academic research conference aims to contribute to the conservation of ecosystems, biodiversity and heritage, particularly in Africa.

[The U.N. has declared the coming decade a time for ecosystem restoration, highlighting in a new report the importance of preventing, halting and reversing ecosystem degradation worldwide.

A key message of the report is that nature is not something that is “nice to have” — it is essential to our survival, and we are a part of it

It calls on the world to restore at least 1 billion hectares (2.5 billion acres) of degraded land in the next decade — an area larger than China — warning that degradation already affects the well-being of 3.2 billion people.

The report also makes an economic case for restoration, noting that for every dollar that goes into restoration, up to $30 in economic benefits are created.

Restoration is also a good investment. For every dollar that goes into restoration, up to $30 in economic benefits are created.

Commercial fisheries output, for example, could be increased by $1.9 billion to $3 billion per year by restoring mangroves to 40-100% of their pre-1980s extent. In the U.S., investing in restoration at a landscape scale creates twice as many jobs as a similar investment in oil and gas. Coral reef restoration in Mesoamerica and Indonesia could provide an extra $2.5 billion to $2.6 billion in ecosystem service benefits each year.

The economy exists within nature and has benefited from the “free” services it provides, such as carbon capture, water filtration, and fisheries. The exploitation of these services with no investment is unsustainable. According to the report, humanity is using nearly 1.6 times the amount of services nature sustainably provides. “In short,” the report states, “we need more nature than we have.” 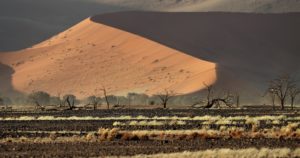 Ecosystem restoration has also been recognized as a critical part of achieving the Paris Agreement climate targets, Aichi biodiversity targets, and many of the Sustainable Development Goals, including clean water, health, peace and security. Halting and reversing ecosystem destruction, for instance, could help to avoid 60% of predicted species extinctions. Agroforestry approaches alone could increase food security for more than 1.3 billion people.

There is no formula for restoring nature on a global scale. The effort will require many methods, including landscape restoration, regenerative agriculture, and rewilding. These efforts will be aided by advances in remote monitoring, better methods for sharing knowledge, and improved on-the-ground practices.

While no methods are universal, the UNEP and FAO do offer a set of guiding principles. These principles include aiming for the highest level of well-being for people and ecosystems, addressing the drivers of degradation, promoting inclusive and participatory governance, tailoring approaches to local contexts, including plans for monitoring, and integrating policies for longevity.

Monitoring is a key guiding principle of the U.N. Decade. And to that end, the FAO and UNEP have also launched the digital hub for the U.N. Decade, which includes a framework that countries and communities can use to measure progress. Also within the hub is the Drylands Restoration Initiatives Platform, intended to share lessons and help people design restoration projects for grasslands, deserts and savannas. 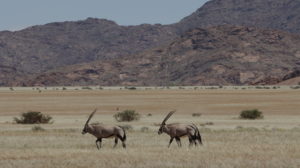 Time and again, successful restoration projects have demonstrated the importance of involving all stakeholders and communities throughout the process. And this inclusivity must extend to youth and women. Depending on the culture, men and women hold different knowledge about the environment and have different restoration priorities. Plans that ensure women and men can benefit equally from and fully participate in are often more sustainable.

“Restoration projects need to be more inclusive,” said Marlène Elias, a gender researcher at the Alliance of Bioversity International and CIAT, said in a press release. “If you’re looking at major goals like restoring millions of square kilometers of land, planting a trillion trees, or rehabilitating marine ecosystems, you’re almost certainly not going to have success unless you put people at the center of the work.”

In a press briefing, Wanjira Mathai, vice president and regional director of the World Resources Institute, Africa, made the point that the average age in Africa is 19, so restoration efforts need to include youths and to create economic opportunity and hope.

The leadership and traditional knowledge of Indigenous people is also paramount. An estimated 37% of all remaining natural lands (28% of the world’s land surface) are managed by Indigenous peoples, and these lands protect a majority of intact forests and 80% of global biodiversity.

A key message of the report is that nature is not something that is “nice to have” — it is essential to our survival, and we are a part of it. Restoring the planet will take a massive global effort, and that effort can happen at all scales, from a backyard to a country. 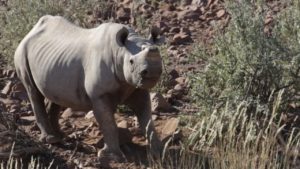 “Making peace with nature is the defining task of the 21st century,” António Guterres, the U.N. secretary-general, said in a statement. “It must be the top, top priority for everyone, everywhere.”

Liz Kimbrough is a staff writer for Mongabay. Find her on Twitter: @lizkimbrough_

Earth’s ecosystems are stressed, and people are suffering the consequences. Experts say that conserving what’s left of the natural world is not good enough; we must also restore it — and the clock is ticking.

Last week marked the launch of the United Nations Decade on Ecosystem Restoration led by the U.N. Environment Programme (UNEP) and the Food and Agriculture Organization (FAO). The goal: to prevent, halt and reverse ecosystem degradation worldwide.

A new report released alongside the decade launch presents evidence on the state of global ecosystem destruction and explains why restoration is critical for the economy, food security, clean water, health, climate change mitigation, security, and biodiversity.

“Degradation is already affecting the well-being of an estimated 3.2 billion people — that is 40 percent of the world’s population,” UNEP executive director Inger Andersen and FAO director-general Qu Dongyu, wrote in the forward to the report. “Every single year we lose ecosystem services worth more than 10 percent of our global economic output.”