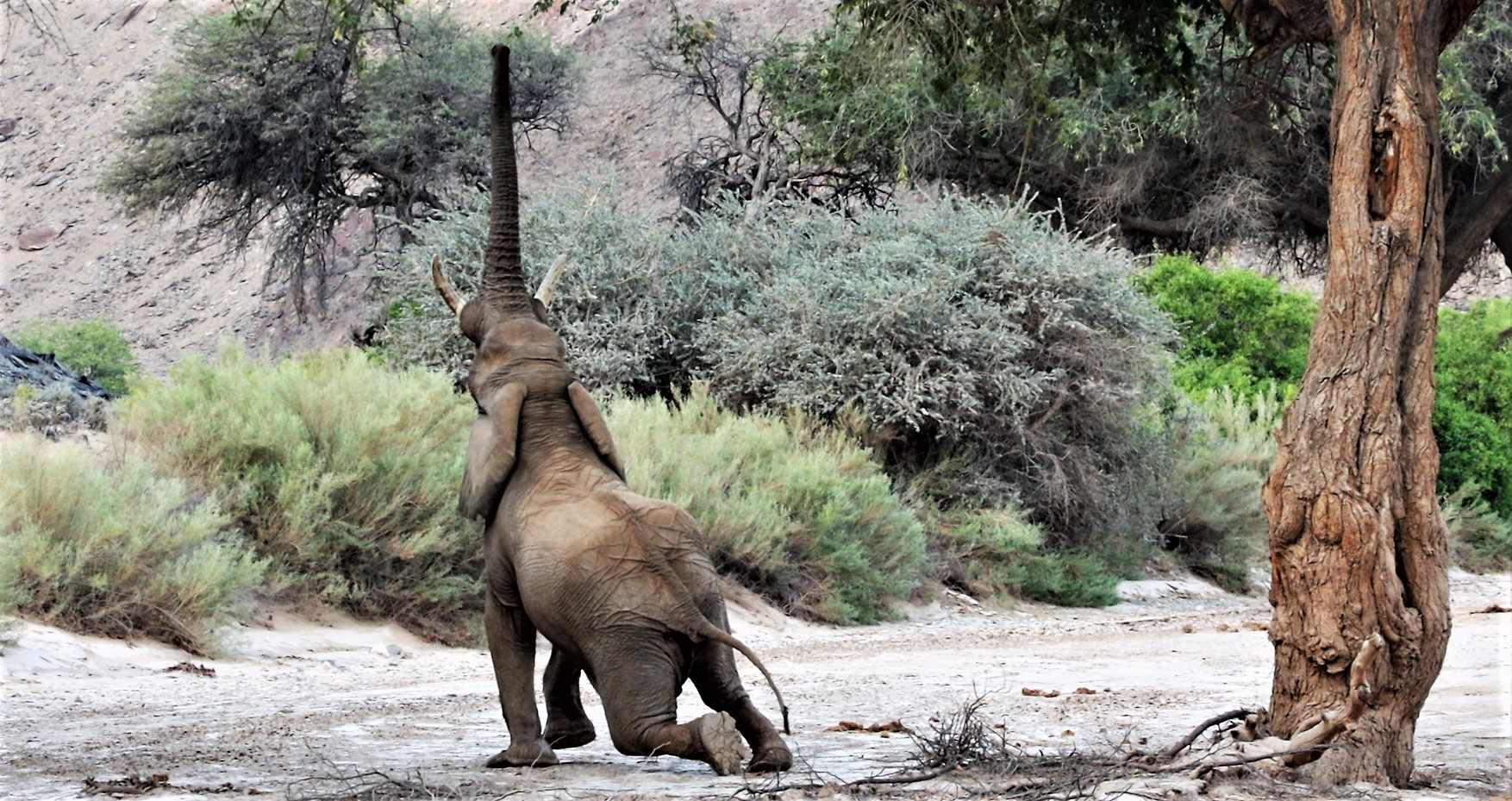 The Kunene Region in the northwest of Namibia is an area of mostly sandy desert, rocky mountains and stony plains which covers about 115,154 square kilometres (44,461 sq mi). Elephants have traditionally lived in this area and in the earlier part of the 20th century there were about 3,000 in the Kunene Region. By the 1980s these had greatly diminished in number, however since then, conservation measures have been put in place and by 2013 the number of elephants had increased to about 600.[2] In 1995–1996 there were good rains in Namibia and the elephants expanded their range southwards to the Ugab River.

The desert elephants were absent from the southern Kunene Region during the war for independence. They moved north for safety, returning to the Ugab River in the mid 1990s by which time many indigenous people had moved into the area following Namibia’s independence. Many of these new residents had no experience of living with wild elephants.

In the Hoanib River area male elephants have tusks, but about a third of the female elephants there are tuskless. Adult bull desert elephants are usually solitary and roam over large areas. One was recorded as travelling between the Skeleton Coast National Park and the Etosha National Park in a few months. Other bulls have occasionally moved into the area from better-watered regions to the east. The family groups in which most desert elephants move are small and usually consist of a female elephant and her offspring or two sisters and their dependent young. They tend to stay near the ephemeral rivers where there is greater availability of food. Some groups are resident in the Hoarusib River valley and a single group stays permanently near the Hoanib River while other groups move between the two, a distance of about 70 kilometres (43 mi). They usually make the trek in a single night, when the temperature is cooler than by day. At certain times of year they move inland along narrow traditional paths to mountain areas in search of myrrh bushes (Commiphora spp.) which seem to be a favourite food intake.